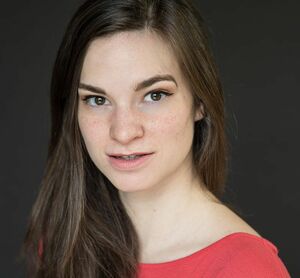 Samantha just finished playing Jack Cade in Henry VI part 2  at Prague Shakespeare Company. Some of her favorite roles include Agnes in She Kills Monsters at Ohio Shakespeare Festival and  Mercutio in Romeo and Juliet with Florida Shakespeare Company from which she won Broadway Regional Award for Best Actress in a Play.

​Samantha has her BFA from the University of Wyoming and her MFA from Florida Atlantic University. She has also completed Module One with the Great Lakes Michael Chekhov Consortium. She's acts across the country but is based out of the Midwest. She is a Babes With Blades Theatre Company (Chicago, IL) ensemble member. Some of Samantha’s other roles include Lona Hessel from The Pillar's of Society,  Maria from Twelfth Night, Alithea from The Country Wife, and Georgeanne from Five Women Wearing the Same Dress.
Training