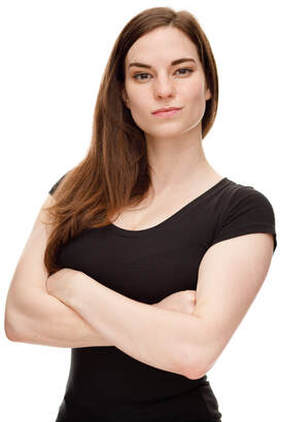 Samantha began her training at the University of Wyoming before pursuing training with the SAFD. She is currently a teaching assistant for fight master Chuck Coyl. She has been a teaching assistant to Fight Master Geoffrey Kent, Fight Director Leraldo Anzaldua, among others. Samantha also has taught stage combat at Principia College and Florida Atlantic University for the undergrad and graduate programs, as well as various workshops and theatres across the country.

She was nominated for a Jeff Award for Fight Direction in 2019 for the Babes With Blades Theatre Company's production of "The Lady Demands Satisfaction."
​Stage Combat Training:

Examiner's Award of Excellence in Smallsword

Pass with Distinction in Knife and Unarmed.