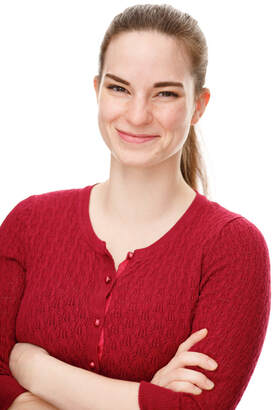 Samantha Kaufman (she/her/hers) is an actor and movement director, specializing in fight direction, intimacy direction, and circus theatre. She is based in the Midwest region and travels to perform in and fight/intimacy/movement direct productions across the United States and internationally. She is fiercely passionate about advocacy for artists and spreading consent practices through theatre and circus communities. She couldn’t be prouder of the opportunities to empower artists with this work.

Samantha won a Regional Broadway award for Best Actress in a Play for her work as Mercutio in "Romeo and Juliet" with Florida Shakespeare Theatre. She was also nominated for a Jeff Award for Fight Direction in 2019 for the Babes With Blades Theatre Company's production of "The Lady Demands Satisfaction."

Samantha has an MFA from Florida Atlantic University and a BFA from University of Wyoming. She attended the Actors Gymnasium’s 9-month Professional Circus Training Program, trained with Movement Theatre Studio in NYC, and has completed Module One and Two of Great Lakes Michael Chekhov Consortium’s training.